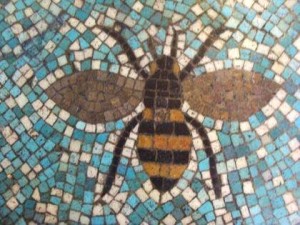 The recent flurry of articles around the “failure” of the creative class to save our cities—as Richard Florida’s writings have been characterized as promising—and the challenges of measuring the value of “creative placemaking” has me wondering if we are nearing the end of the road for all of the instrumental arguments we have been making for the nonprofit arts over the past 30 years.  Or perhaps we ran out of road a while back but just didn’t notice.

One of our most beloved arguments for support of the arts has been the idea that they contribute to economic development.  With varying degrees of success and with varying qualities of arithmetical conjuring, we have clung to this instrumental argument in any way we can—because it has resonance with those who control the purse strings and because it gives the work we do gravitas in an aggressively free market economy.  We aren’t frivolous—we are remaking our cities and helping the economy.  But a recent article in Grist by Susie Cagle demonstrates how imprecise and dangerous it can be to equate successful gentrification with social justice.  Flourishing commercial art galleries don’t address the growing wealth inequality in America; they are beneficial as thriving businesses paying taxes and providing jobs, but that is all they are—and all they need to be.  Why then do we expect and even proclaim that the nonprofit arts will solve so many problems that everyone else is failing to solve, and that they will do it by improving economic performance measures?

The appetite for instrumental (rather than intrinsic) measures of why the nonprofit arts matter is understandable.  As a country, we talk in numbers and outcomes.  We use market metrics not just to measure but to also legitimize most of what we do, even when these metrics are inappropriate for what we are trying to achieve.[1]  And the language around the intrinsic value of what we do is often received as vague, irrational and even sentimental.  I think there is an important truth contained in both intrinsic and instrumental measures, but think we have selected the wrong ones in the latter category.

In his outstanding lecture at a conference in Baltimore in 2009, Jerome Kagan of Harvard talked about why arts education matters—to all of us.[2]  Dr. Kagan highlighted that “an excellent predictor of juvenile crime in a town or city is the magnitude of the difference in achievement between the top and bottom quartiles on the basic talents of reading and arithmetic.  The size of this difference is also an excellent predictor of the incidence of adult criminality, depression and addiction to alcohol or drugs.  America has one of the largest gaps between the top and bottom quartiles as well as the largest percent of incarcerated juveniles and adults of any developed society.”  Dr Kagan goes on to describe how important active participation in cultural activities is for helping young people develop both procedural knowledge (linking what our hands do with what our brains do) and schemata (having the ability to create in our own minds representations of the world around us.)  The latter is closely associated with success in scientific discovery—but doesn’t come as a result of drilling scientific formulae.  Involvement in art and music require and develop the skilled use of both of these types of knowledge, and having this ability increases performance in other areas of academic work.  The NEA has recently released reports that underscore this link.  In addition, Kagan reminds us that “The combined use of hands and imagination makes an important contribution to what it means to “know” something.  You cannot learn to play tennis by reading a book.”

What if our value had nothing to do with how much money we generated, but by how we create opportunities for people to rehearse the skills of civil discourse (Martha Nussbaum’s compelling argument) or for people to have the right to an expressive life, as Bill Ivey has coined the phrase?  What if the very fact that we are not concerned with money as our most important metric is in fact the greatest value of the work that we do?  What if bringing people together to form, however briefly, a community of experience is what we set as our highest aspiration, rather than a transactional measure of how much money this generates.  We need money to operate our organizations, but what if every measure of our success by our own reckoning was how successful we were in creating those communities for the greatest number of people, no matter how our organizations need to be restructured and reframed to do this?

The picture of the bee in this post comes from the floor of the Battersea Arts Centre in London.  Built with small subscription gifts from many hundreds of Victorians who wanted a community based arts building, the motto inscribed near the bees, a symbol of industry and collective effort, is Not for me, not for you but for us.  It may be that our biggest instrumental value is that we care about us as an idea and as a necessity if we are to advance as a society.  Perhaps we should start talking about how much this matters without defensiveness and with a great deal of pride.  The creative economy is a by-product, not an end game.

[2] Jerome Kagan, Ph.D, keynote speech for Learning, Arts and the Brain, held at the American Visionary Arts Museum in 2009.